How Brussels is killing the equal spread of (Employee) Participation 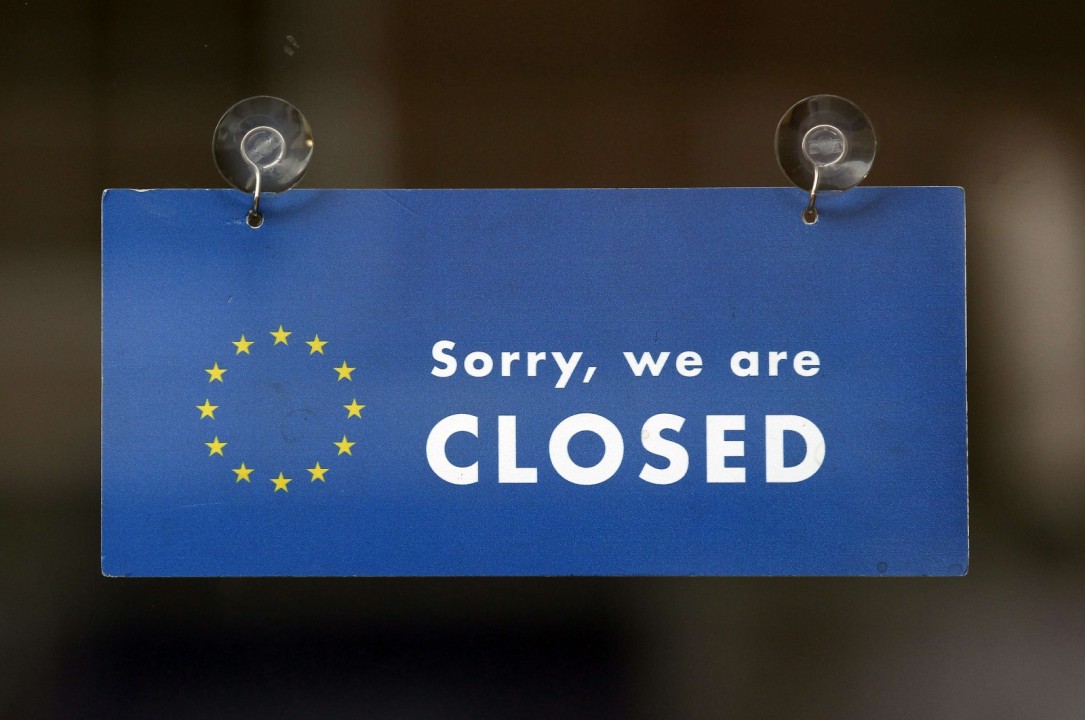 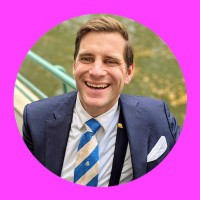 Each week discover one (1) new lesson on co-ownership and capital distribution in Europe and then explain to you how this lesson can help us closer to "a fair share for each and everyone".

Adding on to this, European employee shareholders hold 388 billion € in shares of their companies (mainly large ones), while just the single ESOP scheme in SMEs counts already for 1300 billion $ in the US.

SUMMARY: Brussels is not fixing the difficulty of having share option plans, so we need to do this with a standardised system like The Share Council. The US and Europe have great differences when looking at employee ownership possibilities, which indicates the need for a change in European policies, while also digging into why this is happening. After reading the two main articles of the EFES on employee participation in Europe being: Employee Share Ownership: THE EUROPEAN POLICY and FISCAL INCENTIVES are indispensable prerequisites for the Development of EMPLOYEE SHARE OWNERSHIP it becomes very clear where our problem lies. These research articles mainly point out the failure of Brussels so far to implement European incentive schemes and mandate continent wide Tax Incentives to push for a better employee participation society. The worst of it is that Brussels is completely missing out on aiding the largest indictable group in Europe with the greatest possibility to improve the general standards of society: all those working for SME's, yes 99% of the European working class, yes more than 240 million European citizens!! I will try to explain what I mean by this (often quoting the EFES).

Brussels is missing out on helping more than 240 million European citizens by not focusing on just 1 incentive plan.

The major difference between Europe and the USA is to be observed in SMEs. Employee share ownership is widely developed in American SMEs while it is virtually non-existent in Europe. Again, there are more than 240 million people pithing Europe working for SMEs, against just a few million working for the multinationals.

This major difference lies in one single fact. The USA has for many years considered that the right point in an SME’s life to consider employee share ownership is when passing a business to the next generation, in this case from older owners to younger employees. This is why an effective scheme was implemented in 1974 for employee share ownership in SMEs, with no equivalent in Europe. It is known as the "Employee Stock Ownership Plan" or ESOP.

The most typical employee ownership scheme in the US is the ESOP scheme, essentially shaped for SMEs, with practically no equivalent in Europe. In its leveraged version, the ESOP scheme encourages SMEs transmission to employees. It is designed as a pension plan, usually as a very long term operation (30 years). Financially it usually works as a leveraged buyout (LBO): As a legal person, the ESOP purchases the company shares thanks to a bank loan, for the benefit of employees. Employees don't invest any of their own money in the operation, they get shares for free, their risk is minimal. Year after year they accumulate rights to get shares of the company that they will exercise when they retire.

The ESOP scheme is a significant way for the US economy to provide bank financing for SME equity. The some 10.000 ESOP companies in the USA count some 14 million employee owners holding total assets of more than 1.300 billion $. In comparison, Europe counts only 300 similar majority-employee-owned companies, with some 300.000 employee owners holding about 13 billion € in 2017.

The effectiveness of the ESOP scheme is essentially due to strong Tax Incentives. On the one hand, capital gain tax exemptions do encourage family owners to sell to employees; on the other hand, Tax Exemptions on profits facilitate the whole scheme.

Ignorance of the ESOP scheme is a dramatic handicap for Europe.

Consequently, employee ownership contributes much more to entrepreneurial and employment dynamics and to the solidity and stability of capital markets in the USA than it does in Europe. It is known that employee shareholders are mostly stable investors, acting for the long term as industrialists rather than just financial investors. They represent the closest link between finance and the real economy and the best embodiment of capital ownership democratization.

The underdevelopment of employee share ownership also hampers Europe in terms of productivity, growth, job creation, as well as in the fields of pensions or business transmission, especially for SMEs.

As seen above, the main goal of the European Union policy was defined as "employee share ownership for all". As already mentioned, the key success factors of employee share plans for all are fiscal incentives.

It is a fact that many European Member States of the EU implemented incentive legislation to encourage employee share ownership "for all". However, being dependent on national tax policies, this "for all" concept means really "for all nationals".

Accordingly, when large European companies declare broad-based employee share plans "for all", they are in fact often limiting themselves to "all nationals". It is frequently pointed out by large European companies that broad-based employee share plans face major barriers, the first one being that many EU countries simply don't have any incentive legislation.

EFES concludes their research in 2014 (over 14 years after Europe promising to improve EFP regulation) with great examples of what does work and why: All best practice cases, but especially those from France and the UK, show that a stable legal framework of measures in support of EFP enables individual enterprises to achieve their goals relative to employee share schemes as vehicles for strategic employee ownership. By contrast, the less successful cases from Lithuania and Hungary clearly show that discontinuation of political support leads to a rapid decline in employee share ownership, even if the level of employee share ownership was previously high. The less successful cases also indicate that the stability of political support is more important than the number and extent of incentives.

Now Europe has been on this role for quite some time. As said, almost 20 years ago the European Commission promised to change rulings on employee participation for the better. So far none of it has happened and we mainly are looking at a fragmented market where no one within the SME's nor the big corporates has a fair chance to participate in the capital up and down swing. As this means that for John Doe the ability to build up a passive income (in the words of Thomas Piketty) only stays within the option to marry rich. We will make a change here, new systems like The Share Council will start to make employee ownership a standardised phenomenon, regardless of the European ruling.

I'm curious to hear what you think of these findings, and if you (after 18 years) would still believe that the European Commission is going/willing to make a change. I do think that incentives are crucial for the existence of employee ownership, which on its part is crucial to assure a more equally divided society. But even if the incentives don't come, I still see the opportunity for new platforms to make the change. That dream of today, might be reality of tomorrow :)

Thanks for reading, Quintus 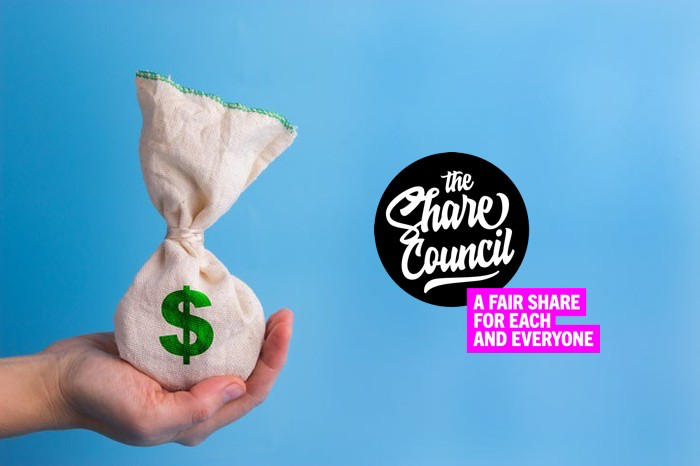 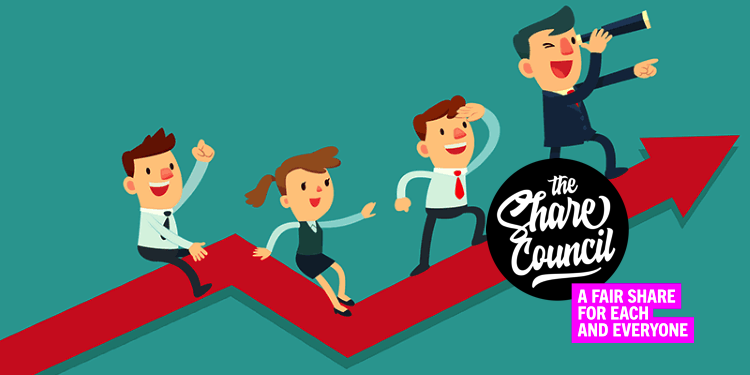 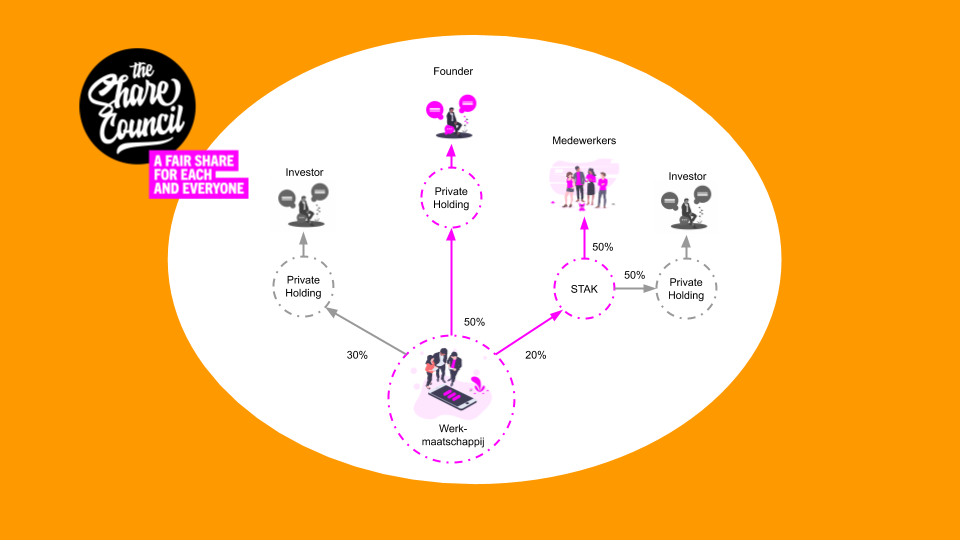